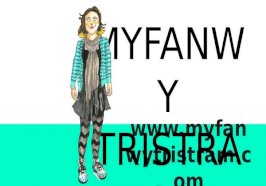 Im going to talk about my work

And as a bonus what makes me really angry, always entertaining in a speaker

Unfortunately, there are few women in the history of comics

This year there were no women on the shortlist at all

And when challenged about this

Instead of saying, oh yeah,, sorry wed better do something about that

Franck said this: and I wont attempt the French accent

Unfortunately, there are few women in the history of comics.

To which I just wanted to say this:

In a very sarcastic toneAnd you can join in if you like:YUH HUH

Now why am I mentioning this?

Well, because I wanted to talk about my influences

And really, if what Franck Bondoux says is true

People like Posy Simmonds, whose strip in the Guardian I used to read every week when I was a kid, and who showed that the everyday life of a middle class family could actually be good fodder for satire

who despite being stunningly beautiful herself, drew women who wrestled with overhanging tummy fat and bad hair

In a bit of really great timing, a week after Bondoux made his outrageous statement, the

Comix Creatrix exhibition opened at the House of Illustration,

Apparently it was quite hard to narrow them down.

I really, really hope that someone has taken Bondoux on a Eurostar daytrip and frog marched him round this exhibition.

But back to me.

I started drawing comics when I was a kid, got a bit more serious about it at university, but it was only when I moved to Brighton and met a woman called Erica Smith that I really started identifying as a cartoonist.

Erica Smith was the driving force behind this incredible publication, Girlfrenzy.

This was back in the days before the internet and before home computers were very common, when zines were generally just sheets of photocopies stapled together,

Erica was a graphic designer who knew about print processes and fonts and things so Girlfrenzy felt ridiculously professional.

These were the early nineties and Girlfrenzy was influenced by riot grrls and feminism and dealt with issues that I hadnt seen much of before then, like fat acceptance and smashing the patriarchy. And all those good things.

And the thing is, it was a female voice in the world of comics which was much more a male scene in those days.

Wasnt just that most people thought of Marvel and DC when you mentioned comics,but even the underground zine scene was mostly stuff put out by men.

I have to admit that I used to quite like the fact that I did comics because as a woman that made me a bit different..

This is the kind of cartoon I was drawing then.

I couldnt find the original so I redrew it

- and it still seems relevant given all the talk of the tampon tax in the news these days.

But actually,And heres something they dont tell you at schoolit turns out comics isnt something you can give up

And when I inevitably came back, I was in for a massive surprise.

Being a female cartoonist was nothing unique any more.

Women are doing really incredible things in comics at the moment.Which is brilliant even if I might secretly be a bit disappointed that Im not special any more

And I guess the meaning of the word comics has widened - it takes in all sort of styles and viewpoints now.

And so much for the better! Because now comics means something that encapsulates the style and voice of people like Laura Callaghan

Or Simone Lia who draws Fluffy Pulcino, the sweetest strip in the world

Or Lucy Knisley.. All doing something completely unique to them

So coming on to the strip I made for the Salon of Rejects.Like almost everything I draw, its come from my own experience.

Not to spoiler my strip too much, but it came from being a mother and worrying about the messages that get passed down to my daughter every day.

If you dont know what Im talking about, this is the kind of thing I mean, which is just prevalent everywhere..

You might have heard people talking about Pink Tax..

where females are charged more than men for exactly the same goods, just with some pretty flowers added to them to make them more appealing to women

and girls trousers are basically made out of thistledown and any pockets are purely for decoration, not functional

And they cut them to make girls look thinner, even if theyre five years old.

So my strip came out of that preoccupation and its about a woman who takes those feelings to a ridiculous extreme.

And I happen to be a female

And I happen to want to record the ups and downs of everyday life, like applying nit repellant spray to my daughters hair.

If you value first-person comics that show real-life experiences, and you discount female creators, well, you really are writing off an awful lot of topics,

and not unimportant ones either - topics like motherhood and childbirth and .. well, as many different viewpoints and insights as there are women, given that were also human beings

And like all topics I would say that, actually, if theyre done properly, the truths conveyed will be universal.

These are drawings I did of my daughters clothesevery day for a month in November- because thats a source of inspiration thats close to me.

And this is a drawing of everything in her xmas stockingBecause thats a subject that was right there in front of me.

These are the snippets of conversation I hear on the way to and from school every dayBecause thats where I happened to be when I was looking for inspiration.

like you always see on the adverts for Centerparcs or margarine or something,

and of course it all goes wrong because life isnt like the adverts.

This strip won 2nd prize in the Thought Bubble comic art competitionand I was so pleased,mainly because it vindicated the whole idea that a middle aged mum can make comics that are just as worthwhile as anyone elses

so theres something to think about, Franck Bondoux

This is near my home

I dont know if it was written by someone who was already a mum and feeling frustrated,

or maybe a pregnant woman wondering what shed got herself into

But I kind of wish I could find her

According to all those inspirations Ive just rattled through

And according to my hopes for my own career

I suspect the answer is ...

Saying: well what about me?can I be a comic artist now that Im middle aged?

But then - come to think of itWhat am I saying?