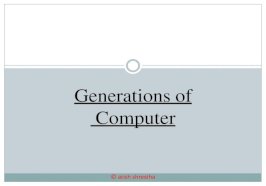 Generations of computer
Category: Self Improvement