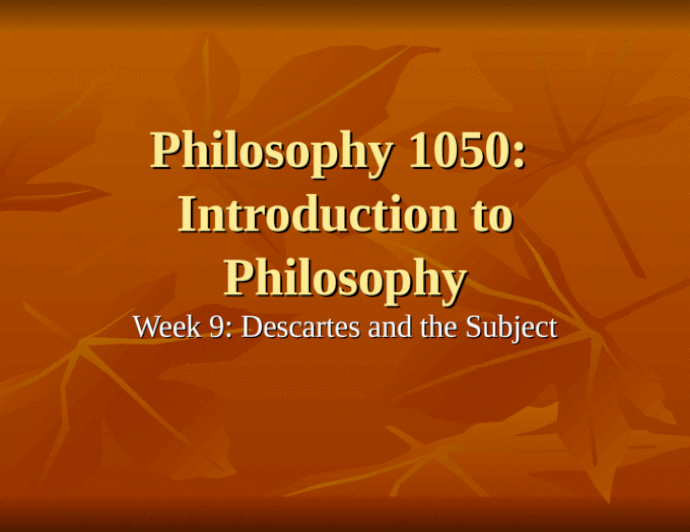 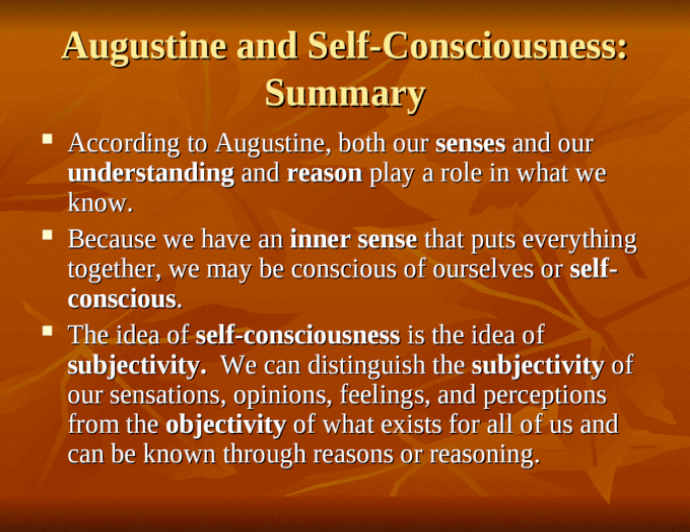 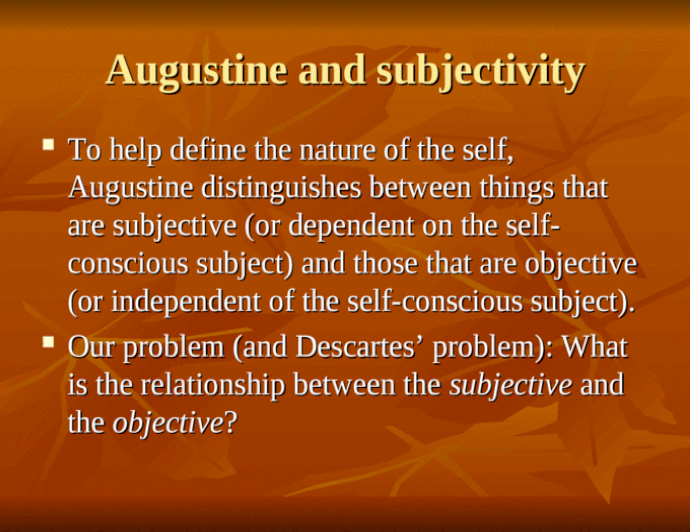 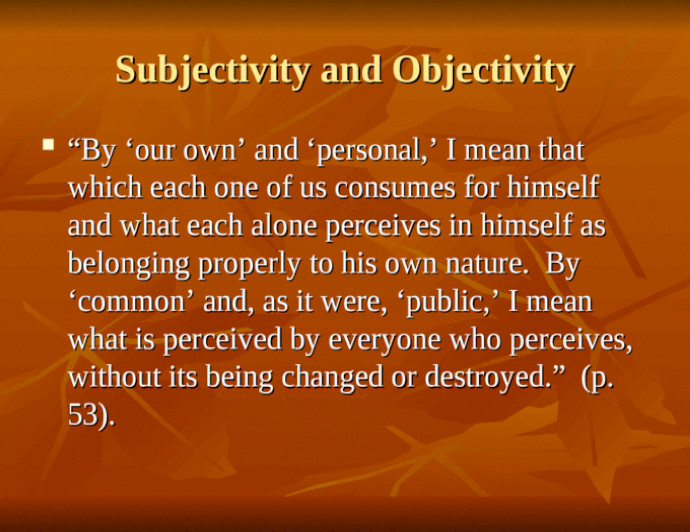 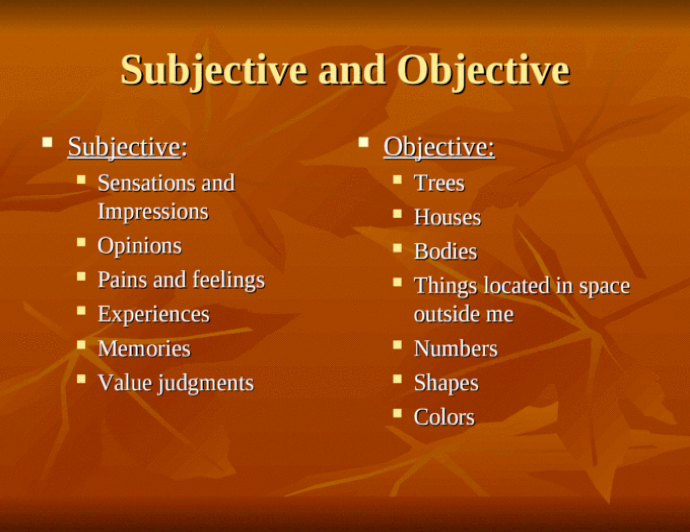 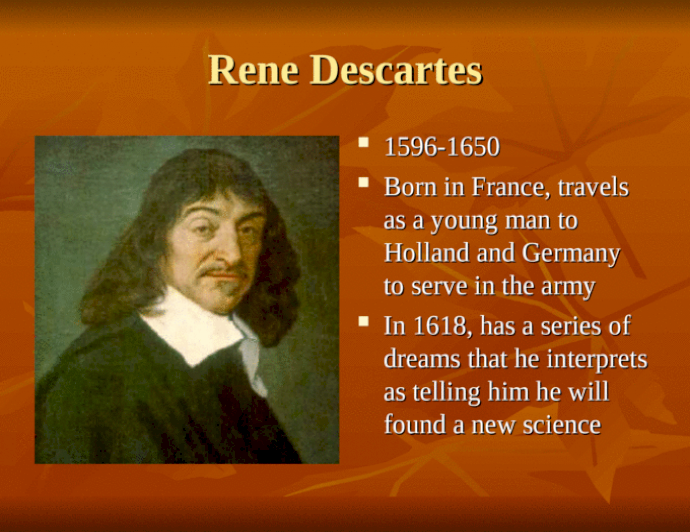 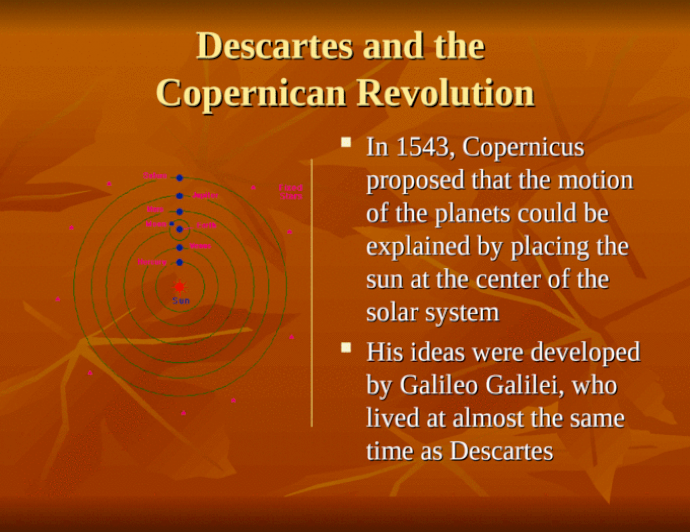 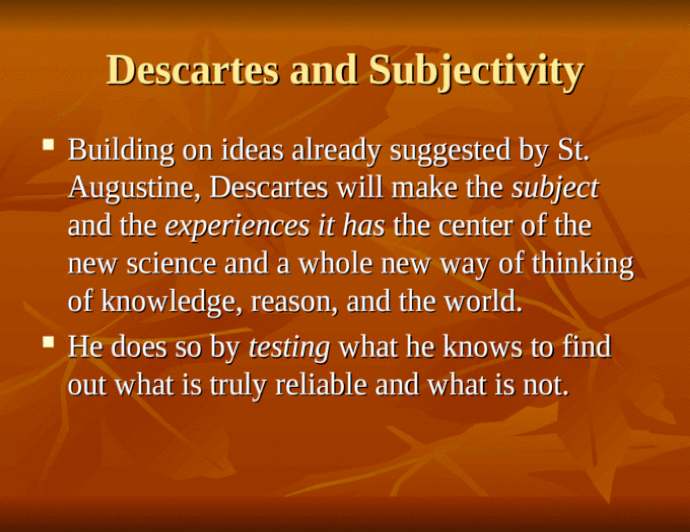 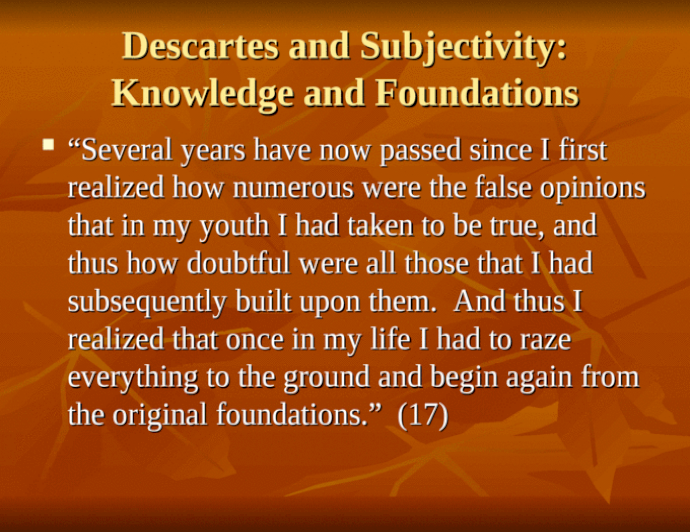 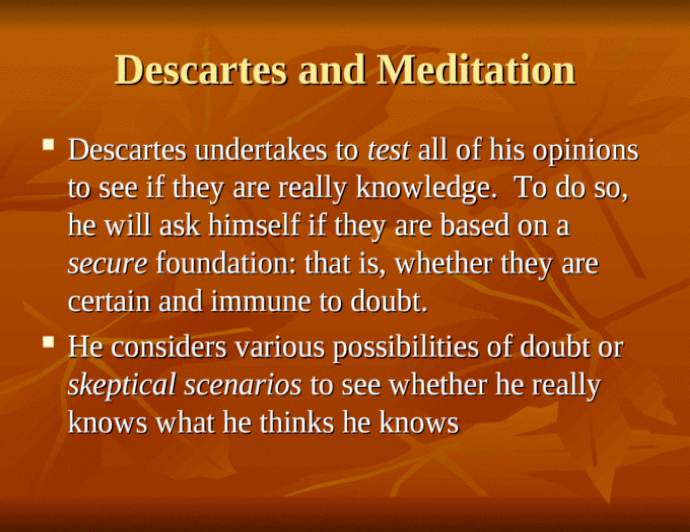 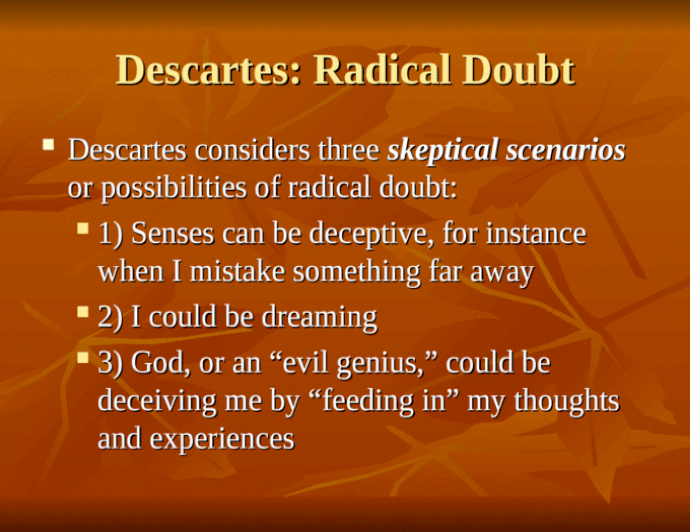 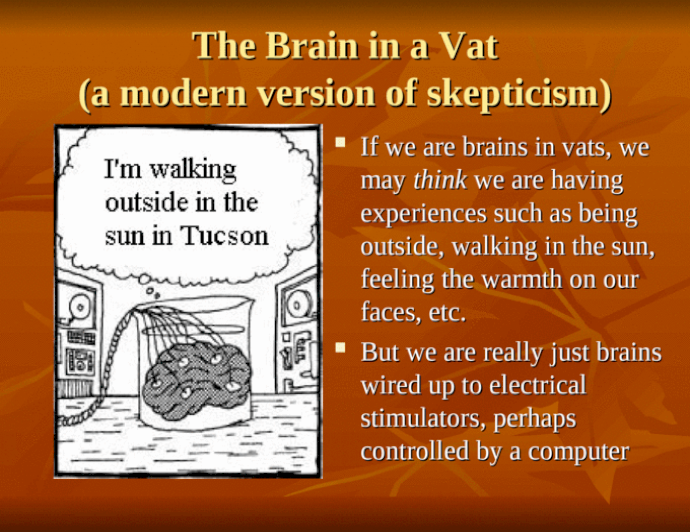 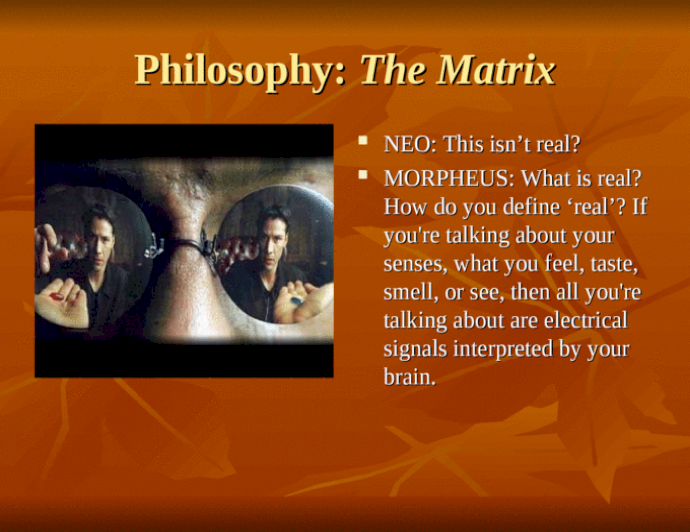 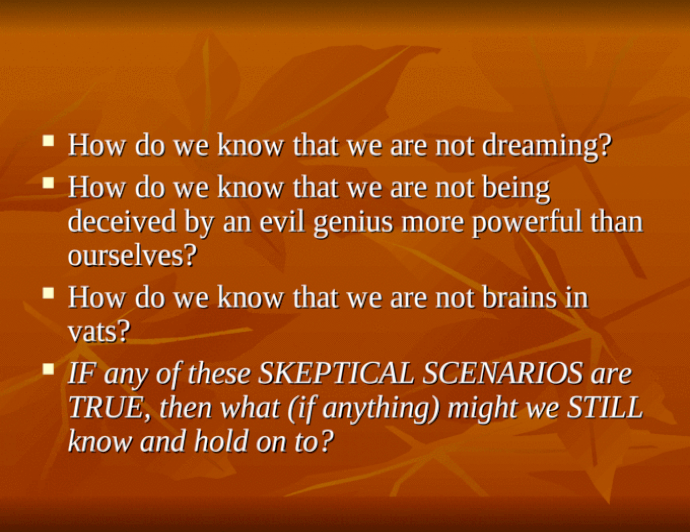 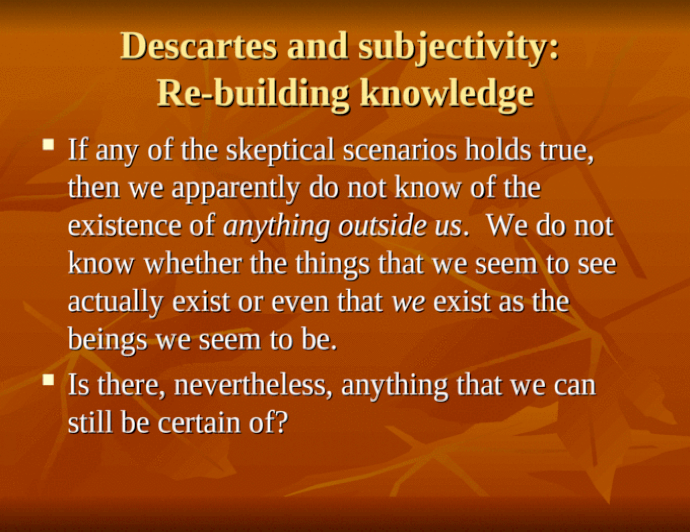 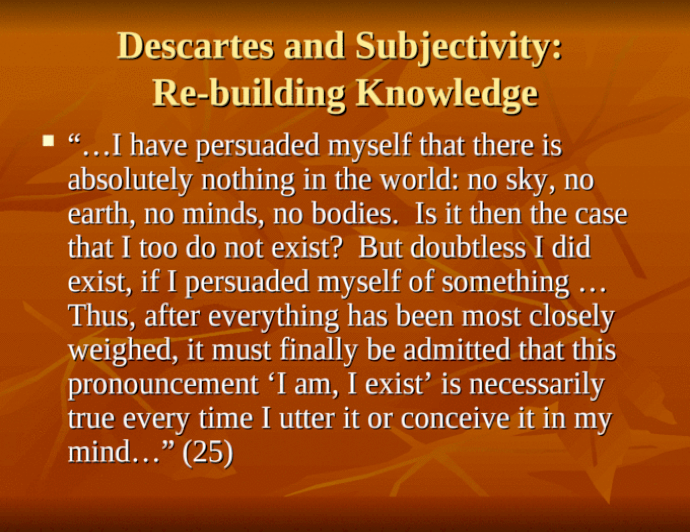 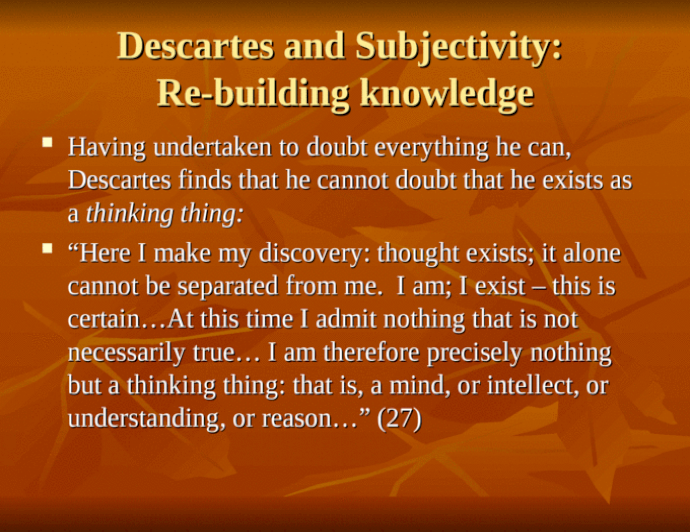 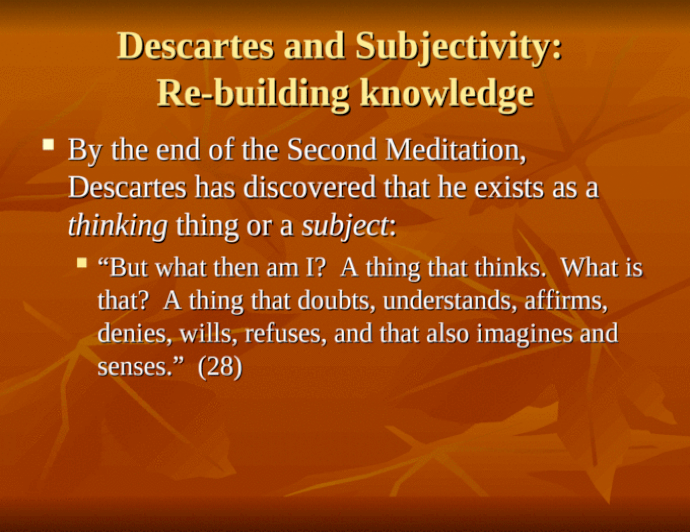 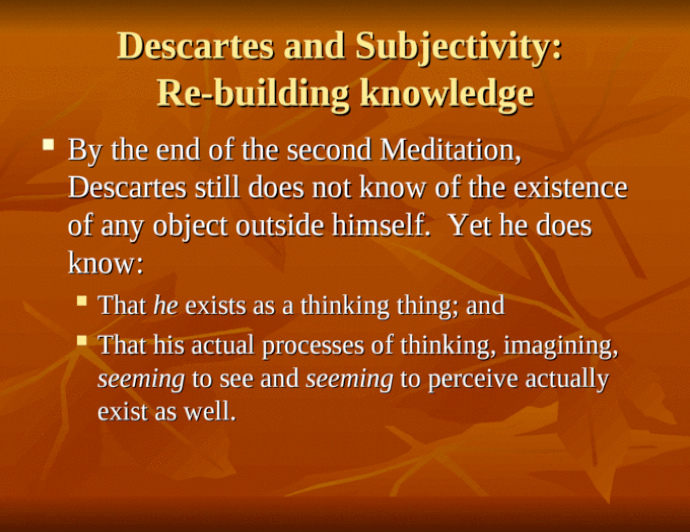 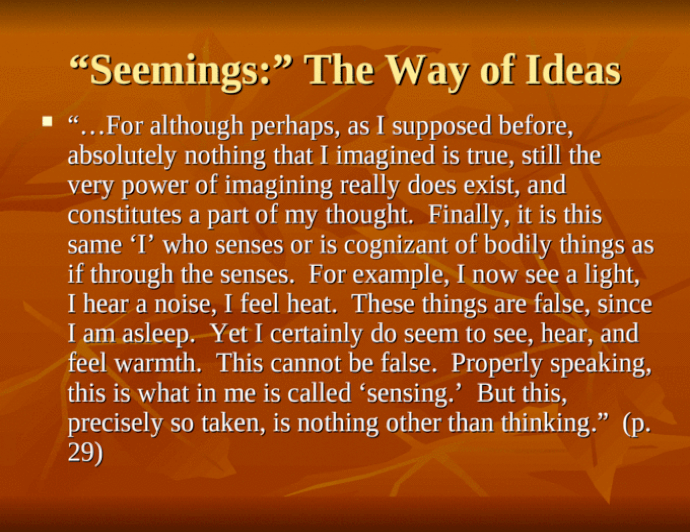 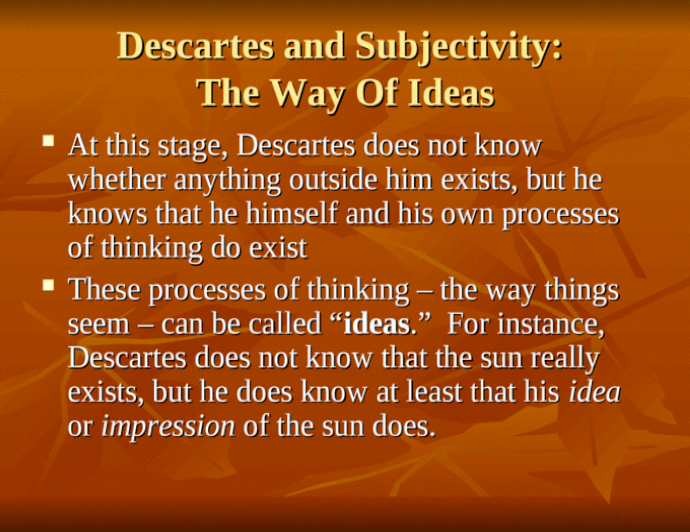 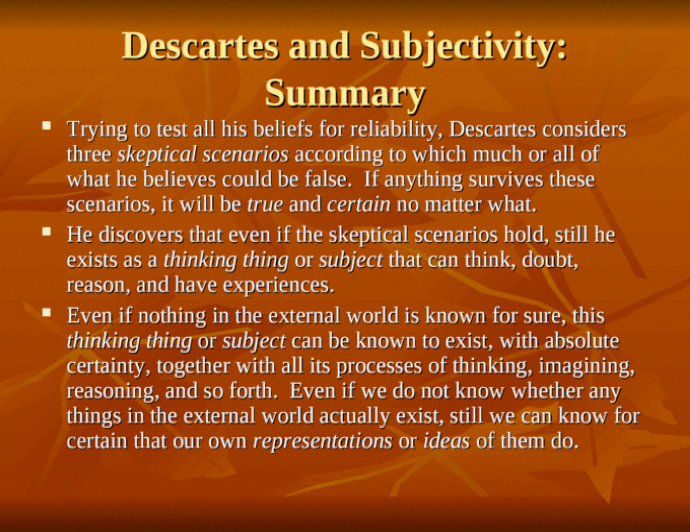 cherokee-solis
Philosophy 1050: Introduction to Philosophy. Week 9: Descartes and the Subject. Augustine and Self-Consciousness: Summary. According to Augustine, both our senses and our understanding and reason play a role in what we know. - PowerPoint PPT Presentation