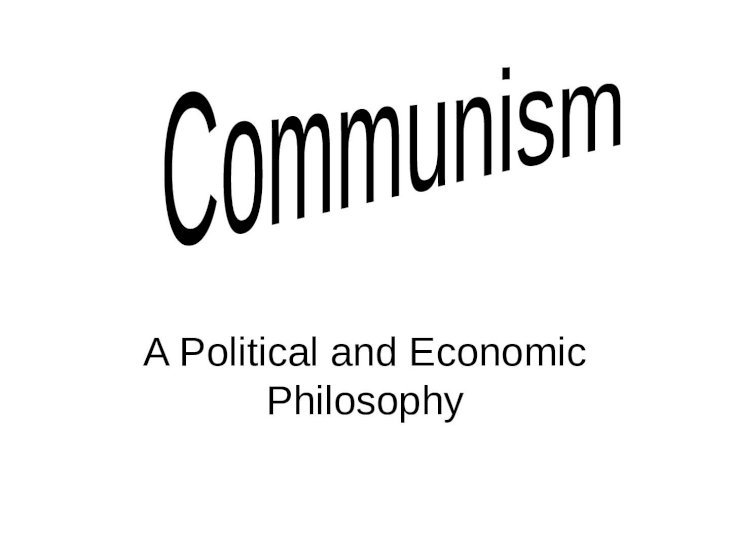 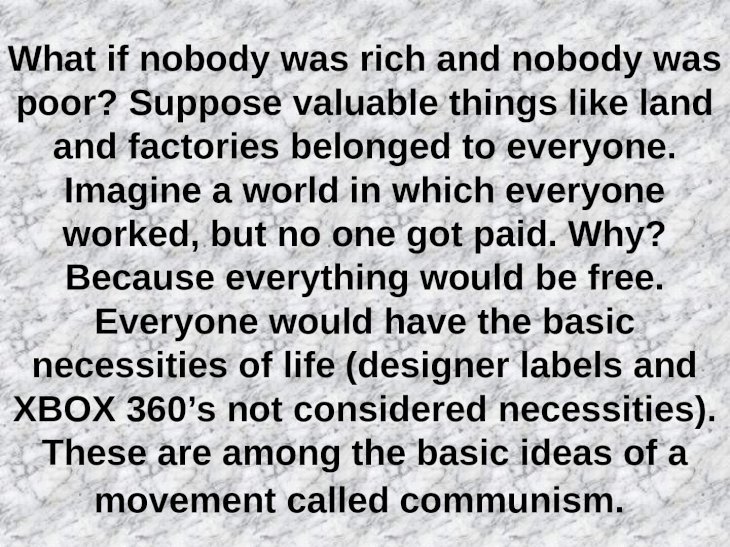 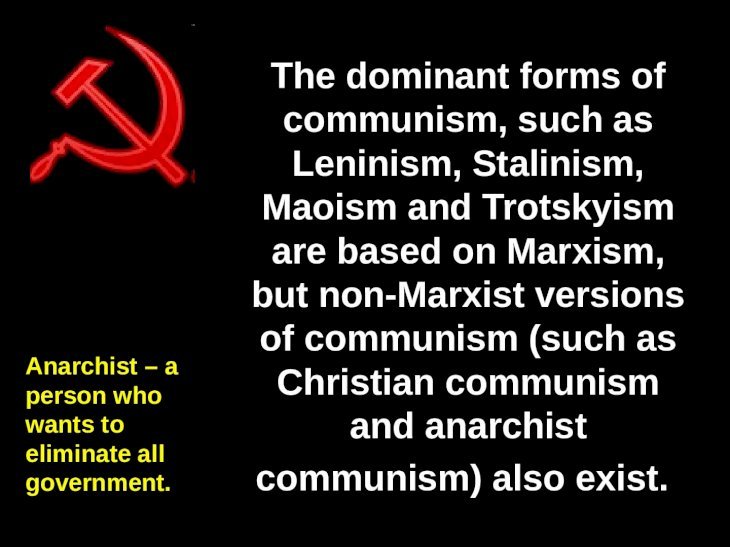 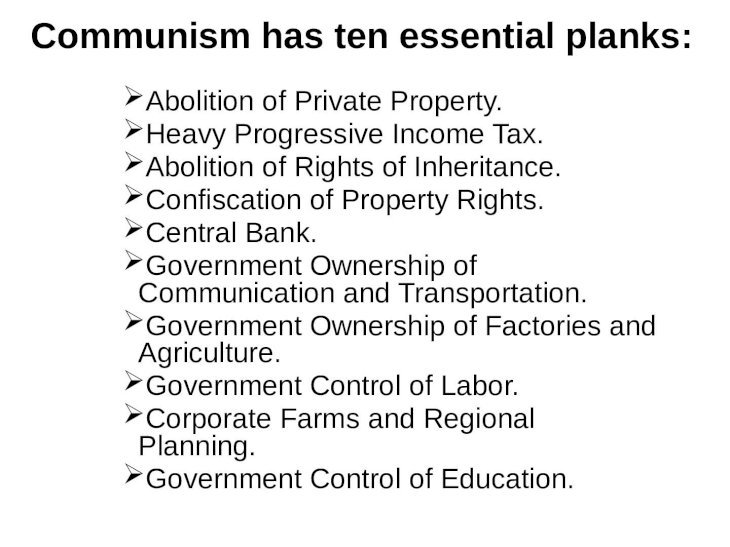 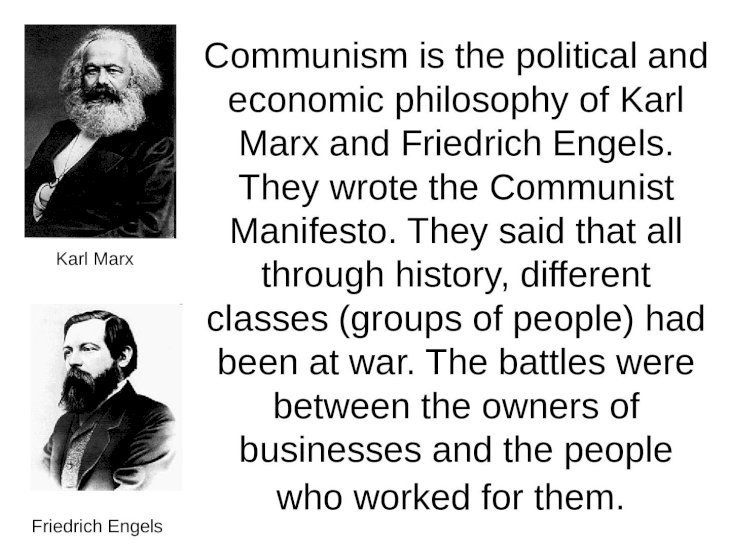 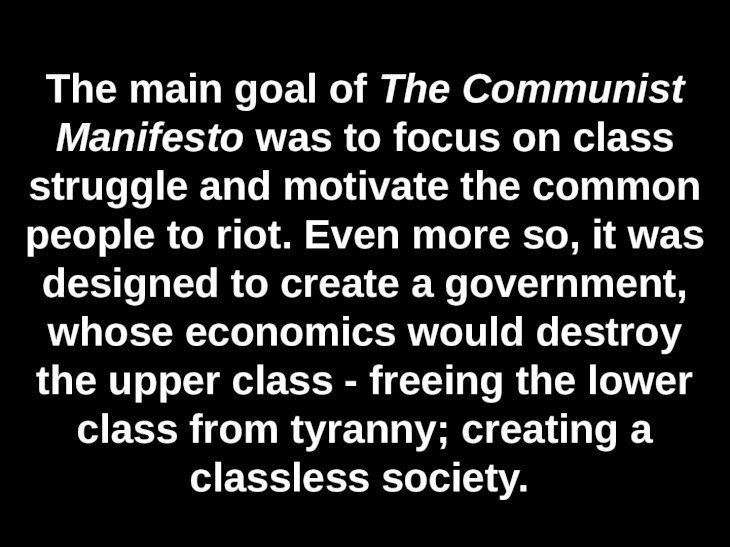 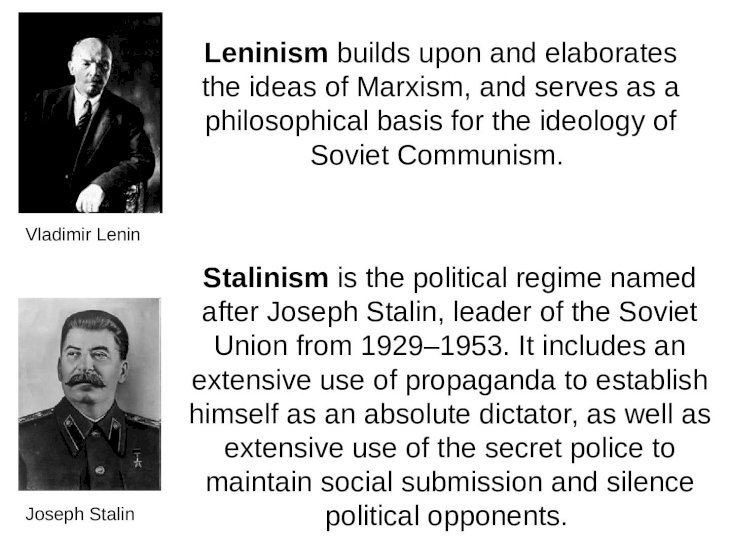 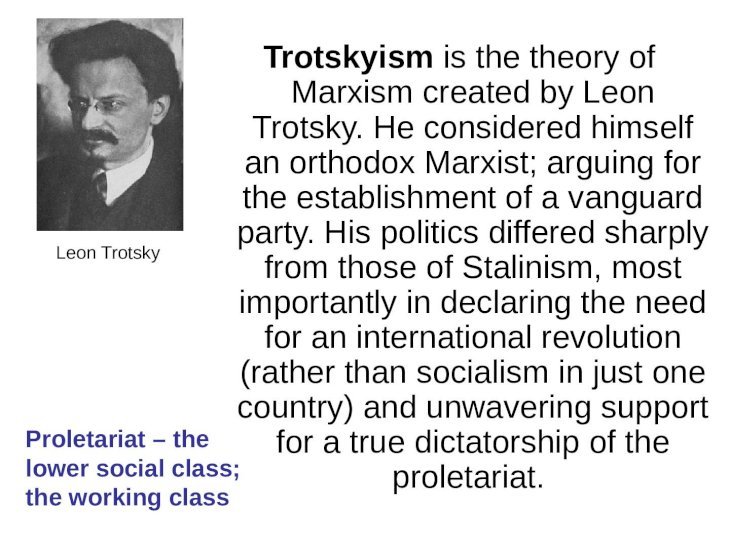 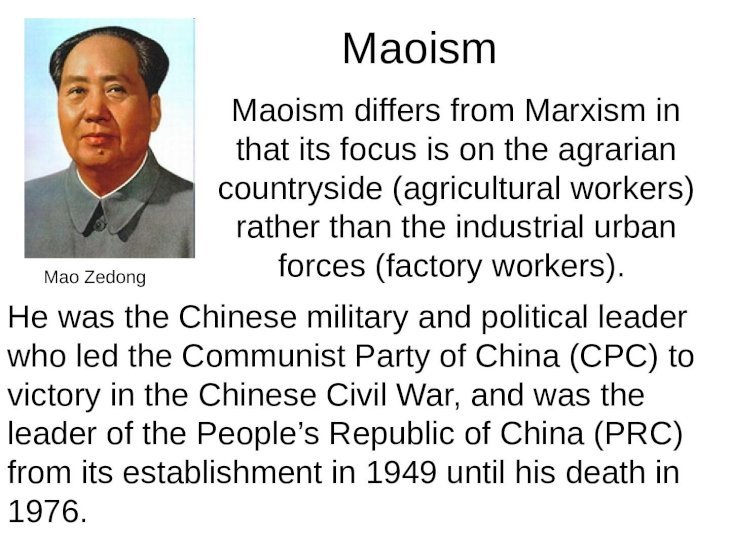 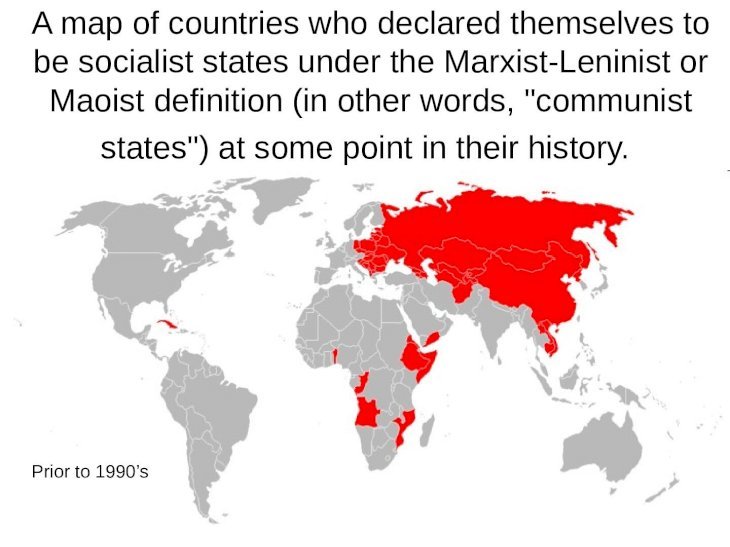 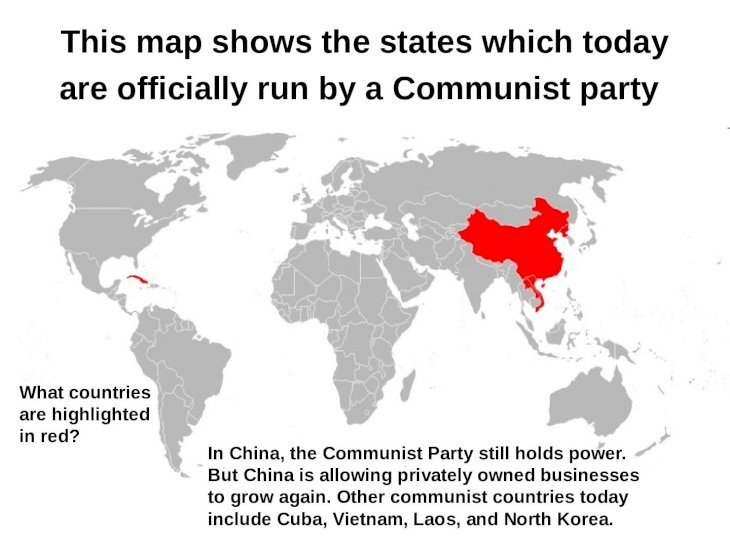 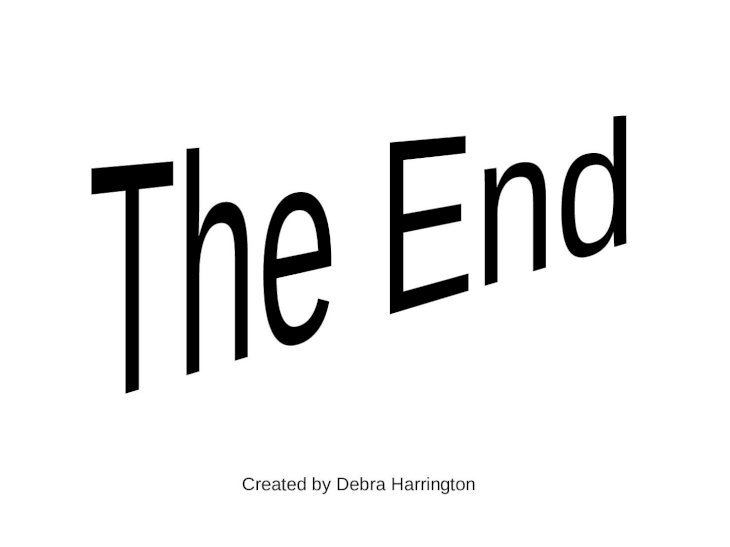 A Political and Economic Philosophy

A Political and Economic PhilosophyCommunism1What if nobody was rich and nobody was poor? Suppose valuable things like land and factories belonged to everyone. Imagine a world in which everyone worked, but no one got paid. Why? Because everything would be free. Everyone would have the basic necessities of life (designer labels and XBOX 360s not considered necessities). These are among the basic ideas of a movement called communism. 2The dominant forms of communism, such as Leninism, Stalinism, Maoism and Trotskyism are based on Marxism, but non-Marxist versions of communism (such as Christian communism and anarchist communism) also exist.

4Communism is the political and economic philosophy of Karl Marx and Friedrich Engels. They wrote the Communist Manifesto. They said that all through history, different classes (groups of people) had been at war. The battles were between the owners of businesses and the people who worked for them.

Karl MarxFriedrich Engels 5The main goal of The Communist Manifesto was to focus on class struggle and motivate the common people to riot. Even more so, it was designed to create a government, whose economics would destroy the upper class - freeing the lower class from tyranny; creating a classless society. 6

Vladimir LeninLeninism builds upon and elaborates the ideas of Marxism, and serves as a philosophical basis for the ideology of Soviet Communism.

Stalinism is the political regime named after Joseph Stalin, leader of the Soviet Union from 19291953. It includes an extensive use of propaganda to establish himself as an absolute dictator, as well as extensive use of the secret police to maintain social submission and silence political opponents. Joseph Stalin7Trotskyism is the theory of Marxism created by Leon Trotsky. He considered himself an orthodox Marxist; arguing for the establishment of a vanguard party. His politics differed sharply from those of Stalinism, most importantly in declaring the need for an international revolution (rather than socialism in just one country) and unwavering support for a true dictatorship of the proletariat.

Leon TrotskyProletariat the lower social class; the working class8Maoism Maoism differs from Marxism in that its focus is on the agrarian countryside (agricultural workers) rather than the industrial urban forces (factory workers).

Mao ZedongHe was the Chinese military and political leader who led the Communist Party of China (CPC) to victory in the Chinese Civil War, and was the leader of the Peoples Republic of China (PRC) from its establishment in 1949 until his death in 1976. 9A map of countries who declared themselves to be socialist states under the Marxist-Leninist or Maoist definition (in other words, "communist states") at some point in their history.

English 102: Political Philosophy and the Individual and...